Each year, thousands of health and fitness professionals from around the globe gather at a warm weather (thank goodness!) destination for one of the greatest events in the business: the IHRSA tradeshow and convention. (for those rookies who are reading this, the acronym stands for the International Health Racquet & SportsClub Association) This year, the event was held in one of my favorite towns, San Diego, California. If you missed this year's event, you can get a full recap here. If you were there, perhaps you will enjoy a different perspective on the show itself and relive your trip through some of our photos. Either way, we are giving out some awards too...so happy reading!

One word: incredible. You can't beat sunny San Diego, and kuddos to the city and the convention center for being hospitable and welcoming more than they ever have. I thought it was well organized and the people in local shops and restaraunts were exceptional. I personally stayed at the Marriott Marina Hotel, one of my favorites. Besides paying $8.75 for a beer the size of my orange juice glass at home, I thought it was great as usual.

Looked better than last year, that's for sure. Many vendors and attendees commented that it seemed like a larger show and more people were walking through the booths. From what I understand (not confirmed) IHRSA says it was the same amount of registrants...but that's paper. Who actually shows up makes the difference and I felt like the people were there in full force. The show was busy, there was energy and excitement that I haven't seen in a few years and the booths were pretty much full. I'm sure some vendors will disagree with the traffic based upon their exact location, but mainstream the feeling was that is was a great show and great turnout.

Michael Gaio of Athletic Business beat me to it and wrote a nice IHRSA Recap article and there are a few things I completely agree with and a few that I disagree with. That's the fun of "perspective". Here are my thoughts, sights and sounds from the IHRSA 2014 Tradeshow and I hope you leave your comments, thoughts and feedback as well:

1) Upward Trends: small group personal training and integrated technology. As you will see in the photos, everyone was out to showcase their multi-dimensional small group training unit. For example, Lifefitness (creator of the Synrgy 360) released an outdoor version for park and recreation areas called the SYNRGY Blue Sky. (for those of you still recovering from the bash, the Blue Sky has reference to being outdoors) Lifefitness also gets an honroable mention in the "active showcase" category with a nice job on demonstrating their group training program in the booth. It was organized, energetic and fun which are the 3 keys to a successful small group training session.

There were some other players in this department though. Props to HOIST Fitness for their Motion Cage...nicely done, built like a beast and I love color. Queenax had an interesting system, showcasing the "silks" and turning the place upside-down---literally. Rounding out the category is the Octagon from my friends at Escape Fitness. That thing is pretty cool and diverse. I think their colors, use of Pavigym 2.0 Energy Flooring and their lineup of super cool accessories really drove people to want to check it out.

The technology trend is ridonkulous. Yes, I said ridonkulous. That's because our world is technology driven and the industry is seeing a major push in this direction. I don't know about you, but there is more to do on a treadmill or elliptical these days than at home on my TV or tablet! Integrated touch screens are the norm, but the programming capabilities are outstanding. Precor's PREVA system is awesome. Matrix is stepping up and offering amazing cardio integration and honestly is growing faster than a dandilion in the spring. Watch out for these guys, although I'm not sold on the virtual cycling system. (more coming on a system I do like) But in the end, Technogym gets the nod for integrated technology. They just seem to be a cut above the rest...just a step ahead of everyone in this department but it's definitely a close race.

Speaking of technology, you have to love what the guys at SPIVI are doing. More than just a virtual reality cycling system, this SPIVI system not only creates a visually appealing class, it provides all of the necessary feedback and data you are looking for. The features and ease of use that all club owners and managers want combined with the function and experience your members will love. The great thing about the system is that it can pretty much fit on any of your existing spin bikes (although it wokrs better on some types better than others) and the price point is something I can live with for programming and retention purposes. And if you missed it, SPIVI inked a deal with Motion/Exergame Fitness here in the USA as an exclusive provider. Check them out for sure.

2) Bikes, bikes and more spin bikes. It was crazy. There were bikes everywhere. While I am not a cycling enthusiast, I am an equipment junkie. We can argue until the sun goes down about which bike is best but I strongly feel that there are pros and cons to any bike. I really like the Star Trac Blade and the new Relay Fitness EVO bikes. Hook them up to a SPIVI unit and BAM! Watch stuff happen.

3) Programming. Keeping with the small group personal training theme, it was apparent that the vendors were catching on to the needs of the club owners. One of my favorite booths in the entire show was the Pavigym booth. Bright colors, integrated technology and a system of training that is fun, exciting and motivating. I think every club should have a small area of Pavigym 2.0 energy for group training, seriously. You have to put flooring in your club anyway...so why not make it work for you and generate revenue and excitement at the same time? Exactly. Don't be cheap, spend a few extra bucks on things like Pavigym and watch your trainers prosper in an engaging group training environment. I guess I'm stuck on these guys a bit because of the versatility too. You can customize a flooring system to fit any of those group training beasts we mentioned, like a SYNRGY 360, Omnia, Hoist Motion Cage, Escape Octagon or whatever.

Can I just mention how much I love what Octane Fitness and Woodway are doing? Two of my favorite products working together at a trade show for early morning workouts. HOMERUN.

4) Group Fitness. I love my job, I really do. But probably not as much as the people who are running the Zumba and Les Mills booths. WOW. They can bring it. Les Mills was showcasing their new GRIT program. I had the opportunity to take this class a few weeks ago and all I can say is....OUCH. Imagine P90x and Insanity with a mix of BodyPump and typical Les Mills programming and you have GRIT Series. Have fun with that.

There were other smaller players trying to tap into the group fitness programming market like Piloxing and the Disque, and honestly I thought they were interesting and did a nice job presenting themselves. Worth looking into? Probably for certain markets.

5) Making a comeback- Strength Circuits. Boom. Probably one of my favorite things to look at and play with at IHRSA. I was super excited about Cybex redesigning the Eagle line. I even had the pleasure of sitting next to Sr. Vice President of Sales for Cybex, Ed Pryts on my flight to San Diego...and I probably talked his ear off about it. They didn't make wholesale changes, but little details and features that will make an improvement in the overall feel of the units, in addition to some cool customization options. ( i loved the Starbucks piece..) Precor seems to be lacking in some areas like the group training systems, but they redesigned their strength line and I love what I saw. Smaller weight stack towers allowing perfect visibility of your fitness floor. The towers were pretty much all the same height so their booth looked awesome. So I agree with Michael from AB on the look of the Precor booth. It was sweet, although it wasn't my top pick. Nice job to Precor on this strength line.

Hosit Roc It looking good as usual, and now customization seems to be what people are going after. But my winner in this category goes to Lifefitness for the new Insignia Line. Their Signature circuit was one of the best selling and most desirable lines for years! But I thought the job they did on this new look was fantastic. The White was really a show stopper, and the lines are clean and sexy. Admittedly, I limit my excitement on selectorized equipment because I am more about function and performance, and it's too early to tell whether these will meet the needs and standards of trainers. But the wow factor and look/feel is definitely there. Insignia is a winner.

6) Booth Recognition. I was super impressed with the booths this year. Some of the "B" players were there in full force, stepping up and matching the big boys. For example, Free Motion had a HUGE booth, right in the middle of the show floor. Looked great, showed great. They are back in a big way. TRX with it's 10 year anniversary (thanks for the party!) was center stage also and definitely made some noise. Was great to see everyone in #beastmode there. Even companies like Body Solid and Paramount stepped up the game this year and put together a nice offering and dynamic booth worthy of attention. We had an interesting rivalry at IHRSA for the first time in the aquatics department: Endless Pools and the Michael Phelps Signature Spas. Even though the Phelps booth was pretty cool, and showed well, the Endless Pool is a much better product in my opinion and the swim is far superior. I even heard that the swimmer from the Phelps pool jumped in the Endless Pool for a test swim and loved it. Keep your eye on this category as clubs find ways to minimize expenses related to aquatic programming. An Endless Pool could be just what you need.

I could go on and on but you have better things to do. For those of you who missed this year's IHRSA show, I apologize. I think it was fantastic. For those who attended, I think you will agree with me, but I would love to get your feedback. If you have questions on a particular vendor, booth, program etc from the show, please email me at jarrod@healthclubdoctor.com. Enjoy the pictures and feel free to add or post your own! 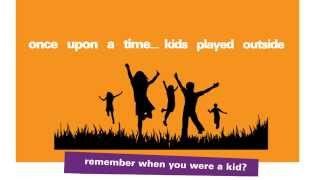